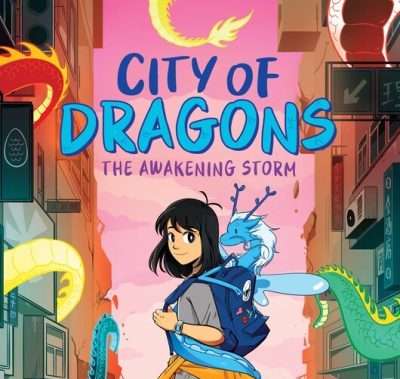 Day 9 of our countdown. Mark Gottlieb represents Jaimal Yogis and Vivian Truong, who you will hear from tomorrow. Mark is graciously offering a query letter critique to one lucky winner. Please see the details below to enter.

Mark Gottlieb is a highly ranked literary agent, both in overall deals and other individual categories. Using that same initiative and insight for identifying talented writers, he is actively building his client list of authors. Mark Gottlieb is excited to work directly with authors, helping to manage and grow their careers with all of the unique resources that are available at book publishing’s leading literary agency, Trident Media Group. Through his work at Trident Media Group, Mark Gottlieb continues to represent numerous New York Times bestselling authors, as well as major award-winning authors, and has optioned and sold books to film and TV production companies. He previously ran the agency’s audiobook department, in addition to working in foreign rights. In his free time, Mark Gottlieb tutors free English language classes to adults from low-income immigrant families, via the Literacy Volunteers program at Family Centers, a nonprofit organization offering education, health and human services. He is also the Founder and President of the Stamford Literature, Arts & Culture Salon (SLACS). Mark Gottlieb is actively seeking submissions in all categories and genres and looks forward to bringing new and established authors to the curious minds of their future readers.

Whereas previously, book publishers were asleep at the wheel when it came to graphic novels on the rise, those attitudes have drastically changed. Trade book publishers no longer look down on comics and graphic novels as a magazine business for superhero comics. (My father can still remember a time when his mother threw out his comic book collection for considering comic books to be trashy. Too bad, as some of those comic books would be worth tens of thousands of dollars today!) Instead, parents, teachers, librarians, and publishers have come to realize that graphic novels cater to our ever-dwindling reading attention spans, which have been taken up by popular internet trends such as TikTok and Instagram. Furthermore, graphic novel adaptations of classic works make for terrific teaching companions when it comes to studying the literary canon. Young boys aged eight to twelve and younger often referred to as the “reluctant reader” within publishing are much quicker to pick up graphic novels than prose-based books. Most every Big 5 publisher (as well as larger independent publishers) and their children’s imprints have opened graphic novel imprints or departments for readers of children’s graphic novels in the primary areas of young adult (ages thirteen to seventeen), middle-grade (ages eight to twelve), and early reader age groups.

A Graphic Novel Pitch Proposal is Comprised of:

Whereas most graphic novelists will have to painstakingly undertake the process of querying various literary agents (since book publishers do not accept unsolicited submissions unless they come by way of a literary agency), it is often said in the publishing industry that some of the best submissions come by way of referrals. Jaimal Yogis was actually referred to me by another client, Tina LeCount Myers,  author of the epic fantasy THE SONG OF ALL (Night Shade Books). Tina was happy enough with my work to recommend me to her friend, Yogis, who had already published a number of nonfiction books, such as SALTWATER BUDDHA: A SURFER’S QUEST TO FIND ZEN ON THE SEA (Wisdom Publications), THE FEAR PROJECT: WHAT OUR MOST PRIMAL EMOTION TAUGHT ME ABOUT SURVIVAL, SUCCESS, SURFING…AND LOVE (Rodale Books), and ALL OUR WAVES ARE WATER: STUMBLING TOWARD ENLIGHTENMENT AND THE PERFECT RIDE (Harper Wave). At the time, Yogis had an idea for what would later become his debut children’s picture book: MOP RIDES THE WAVES OF LIFE (Parallax Press) and a film/TV script for a children’s fantasy called CITY OF DRAGONS. Yogis had listed aspects of the screenplay on a Kickstarter site, in order to raise funding and support for the project.

When Yogis told me this, I explained to him that the screenplay for CITY OF DRAGONS could be easily translated into a middle grade graphic novel script. The main difference would be that instead of a screenplay writer giving stage direction to actors and a camera crew (actions, scenes, shots, cuts, etc.), a graphic novelist would give direction to an artist (page number/panel number with dialog and action within a panel). Yogis had some prior experience in writing, graduating from the Columbia School of Journalism, working as a journalist, publishing a few nonfiction books, and his recent foray into children’s picture books (even working on a documentary script based on one of his books), but a graphic novel would be an entirely new endeavor for him. Regardless, Yogis set to the task of adapting the screenplay for CITY OF DRAGONS into a children’s graphic novel script and pitch proposal.

Once Jaimal Yogis had found an artist in Vivian Truong (who illustrated in the popular ligne claire style), and they both signed an agency agreement with Trident Media Group, I set to the task of crafting a pitch letter and a submission list of various editors at different publishing houses. (In many ways, the pitch will match the original query letter, which is why it’s important to write a good query letter). I then set to the task of going out on submission with the pitch package and fielding offers from publishers to later be negotiated to their best terms. When it came to CITY OF DRAGONS, we had a lot of interest in this project, so Yogis felt compelled enough to fly to New York City to meet with various graphic novel publishers. These in-person meetings, or Zoom calls as they might be today, helped lend a personal touch and helped to get the creators on the same page as the publisher in sharing a vision for publishing CITY OF DRAGONS.

Accepting an Offer From a Graphic Novel Publisher:

After Yogis and Truong accepted an offer from David Saylor, publisher at Scholastic/Graphix, Trident Media Group’s Business Affair’s department reviewed the publisher’s agreement and sent it to the creators for signitures. After the publisher signed the publishing agreement with the creators, they paid a book advance (typically this is half the advance on the signature of the agreement, and the remainder being paid once the graphic novel is delivered to the publisher). Publishing agreements flow through the agency, commissioned at 15% (industry standard), and the remaining 85% of monies are paid onward to the creators according to the terms of their collaboration agreement. The creator(s) received a fully-signed copy of their publishing agreement, an accounting of all payments received, and royalty statements as they come in.

Publishing, Marketing, and Promoting with a Graphic Novel Publisher:

Once Yogis and Truong had signed on with Scholastic/Graphix, they set to the task of collaborating with the publisher on the story and art. They also worked with the publisher in order to market and promote CITY OF DRAGONS, which later went on to become a national bestseller that garnered award nominations and various other recognitions. CITY OF DRAGONS also garnered a lot of interest from the film/TV community in Hollywood.

A little bit about Jaimal Yogis, Vivian Truong, their debut graphic novel CITY OF DRAGONS: THE AWAKENING STORM and their publisher Scholastic/Graphix:

Grace and her friends must protect a newly hatched dragon from mysterious evildoers.

When Grace moves to Hong Kong with her mom and new stepdad, her biggest concern is making friends at her fancy new boarding school. But when a mysterious old woman gifts her a dragon egg during a field trip, Grace discovers that the wonderful stories of dragons she heard when she was a young girl might actually be real – especially when the egg hatches overnight.

The dragon has immense powers that Grace has yet to understand. And that puts them both in danger from mysterious forces intent on abusing the dragon’s power. And now it’s up to Grace and her school friends to uncover the sinister plot threatening the entire city!

Vivian Truong is a comic artist who has created artwork for Riot Games, miHoYo, Rebellion, and more. Her work includes the Punches and Plants webcomic series for the popular MOBA game League of Legends. She also works as a storyboard artist for game studios, a digital production studio, and a children’s book publisher. She currently lives in London.

Scholastic is the world’s largest publisher and distributor of children’s books, connecting educators and families through accessibility, engagement, and expertise. They are a leading provider of literacy curriculum, professional services, and classroom magazines, and a producer of educational and popular children’s media. Scholastic is currently in 115,000 schools, reaching 3.8 million educators, 54 million students, and 78 million parents/caregivers domestically.

Trident Media Group (TMG) is a prominent literary agency in New York City dedicated to championing authors throughout their careers. Founded in 2000, TMG represents a wide range of bestselling and distinguished authors, as well as newly emerging authors. Our clients have won major literary awards and prizes, including the Pulitzer Prize, the National Book Award, the National Book Critics Circle Award, the P.E.N. Faulkner Award, the P.E.N. Hemingway Award, and The Booker Prize, among others.

Our diverse group of literary agents are skilled in all genres of fiction and nonfiction. With an eye toward innovation, our clients are supported by dedicated departments in all areas of rights and career management. TMG’s robust Foreign Rights Department leads the industry in sales of both fiction and nonfiction abroad. Our author services include Digital Media & Marketing, Business Affairs & Administrative services, and Film & Dramatic rights sales.

To enter to win a query letter critique from Mark, please comment below with your name. To enter more than once, share this post on social media, then reply to your original comment with the link to where you shared the post. You can enter as many times as you shared. This contest will close by end of day on Oct. 1, and the winner will be selected shortly after. Thank you, Mark! THIS CONTEST IS NOW CLOSED. THE WINNER WILL BE ANNOUNCED SOON.

Thanks for sharing the ins and outs of the process! Congrats to Jaimal and Vivian–I can’t wait to read City of Dragons! — Allison Strick

Kathy Watson –
Thanks for this opportunity! Excited to see the prospects for GN early readers.

This was really informative. Thank you for sharing.
Stephanie Maksymiw

This is exciting! Thanks for doing this!

Thanks for this level of detail!
Catherine Catcho

Raquel (I came to see you and Robert blocked me)

Thank you so much for these great tips. I’m going to bookmark this so I can compare it to what I’ve already learned and use it in the future. This is amazing!

Thanks for the info!
Yara Flores